So far, we have seen too many examples to prove CAD design combined with 3D printing can produce very amazing works of art, but like Turkish architect Daghan Cam those so dependent on software creation of art projects are also rare. With the help of computer simulation technology based on advanced algorithms, the robot he was able to create an image processing training complex, highly artistic be 3D printed structures.

Daghan Cam is a quite different architect. He founded with his namesake architectural design company, which has offices in London and Istanbul, while he is also at the University of London Bartlett School of Architecture faculty. Prior to this, he worked with famous world-renowned architect Zaha Hadid has worked, and has taught all over the world.In 2012 , he received an honorary Master of Architecture (from the Architectural Association M.Arch Degree with Distinction ) title. Overall, Daghan Cam is a computational design, mechanical engineering and large-scale 3D printing specialist areas. 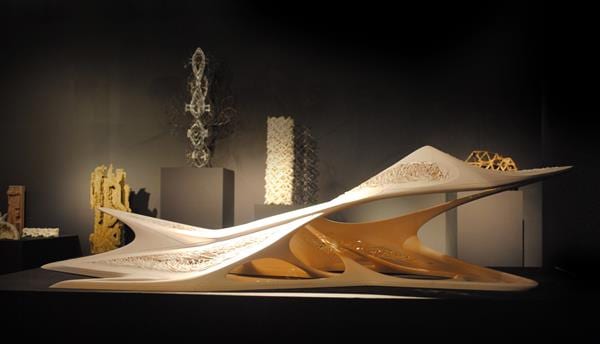 And these what we can from his architectural design that can read keywords, as you can see from the chart of the design model, the essence of it is the best design futuristic and the Sydney Opera House combined, and in the Milan Design Week earlier this year on a wide attention. In order to create these amazing and impressive model, Cam has developed a will GPU computing technology and algorithms combined. The so-called GPU computing is an application that calculated in part by the amount of heavy handed GPU processing , the remaining portion of the program is still in the CPU running on the method , this method can achieve unprecedented application performance. Basically, these 3D printing effects, are his special programming through image processing robots. In order to develop these robots, he spent several years using the CUDA parallel programming model with NVIDIA GPU coded. 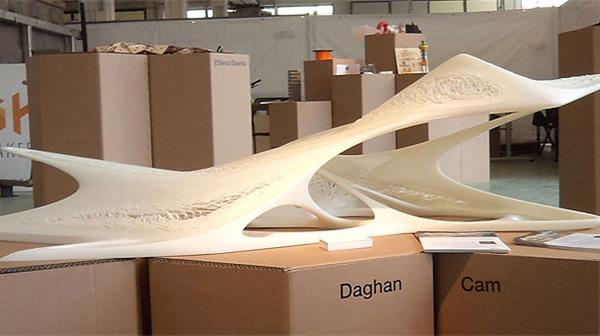 Specifically, Cam Design Week show in these architectural model is Quadro K6000 graphics and Tesla K40 GPU accelerators to help lower accomplished superior computing power of these devices makes his algorithm is sufficient to support such a gorgeous 3D shape creation .In Boston Corporation and Belgium 3D print vendors Materialise help, Cam using the world’s largest a stereolithography 3D printer will print the model time overall out. You might ask, such a shape very modern aesthetic, but can become a real buildings? As a senior architect, Cam ‘s answer is: it uses the least amount of materials to reduce construction costs, and its structural integrity is fully compliant. 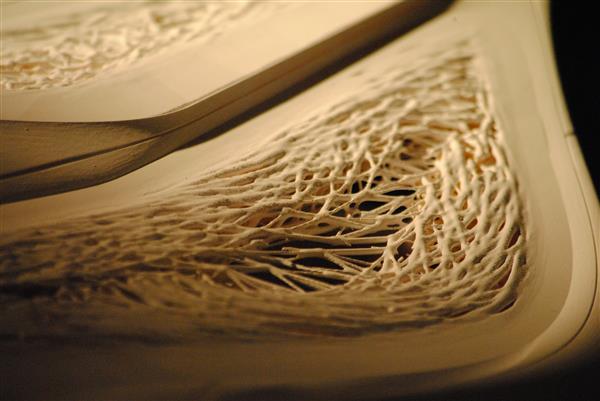 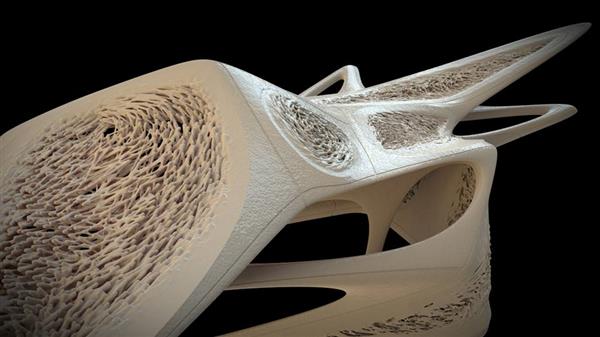 After the great success of Milan, Bartlett School of Architecture now supports Cam to apply its technology to a wider range of projects. In large-scale 3D help print manufacturing technology and robotics, he and his team are trying to optimize their deep learning algorithms for real-time image processing and robotics. aims? Developed a robot construction technology, the technology can build these structures by their own decisions effectively. Some of which still need to rely on NVIDIA cuDNN deep neural network library for these industrial manufacturing robots for training. 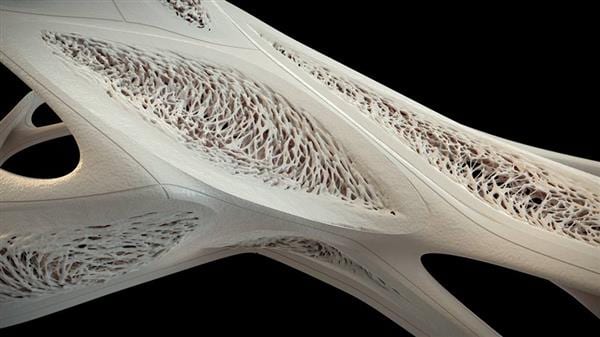